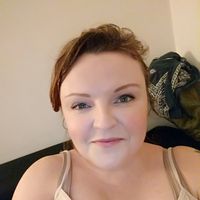 Happily landed in Long Beach, California and it feels like home! This is a town after my own heart; down to earth, laid back and weird. Of course by weird I mean eclectic, free spirited and a bit rebellious. Not unlike my hometown of Sacramento, California. I love meeting new people, new cultures, and cuisines.

Be an active participant in your own life, don't accept things as they are, challenge. Challenge the rules, power, hate, ignorance and yourself. Find what way you can make the world a better place and do it!

Why I’m on Couchsurfing

HOW I PARTICIPATE IN COUCHSURFING

So far I have had a super time surfing this great country of ours! I have met some awesome people and got to see parts of the country I never would have if not for CS.
I've also surfed India and Turkey and had a blast.

I own my own 1bd condo in downtown Long Beach and can finally start hosting again this October.

Completely obsessed with African and Middle Eastern history, culture, religion, politics...Love any live music show but am especially partial to blues and reggae. Love to watch foreign and independent films.

I worked as a personal and business financial adviser for over eight years, needless to say I can't do a financial plan on the road but could give some investment or goal planning tips. I'm now a grad student and English professor, love teaching and learning Chinese and advance my knowledge of international business.